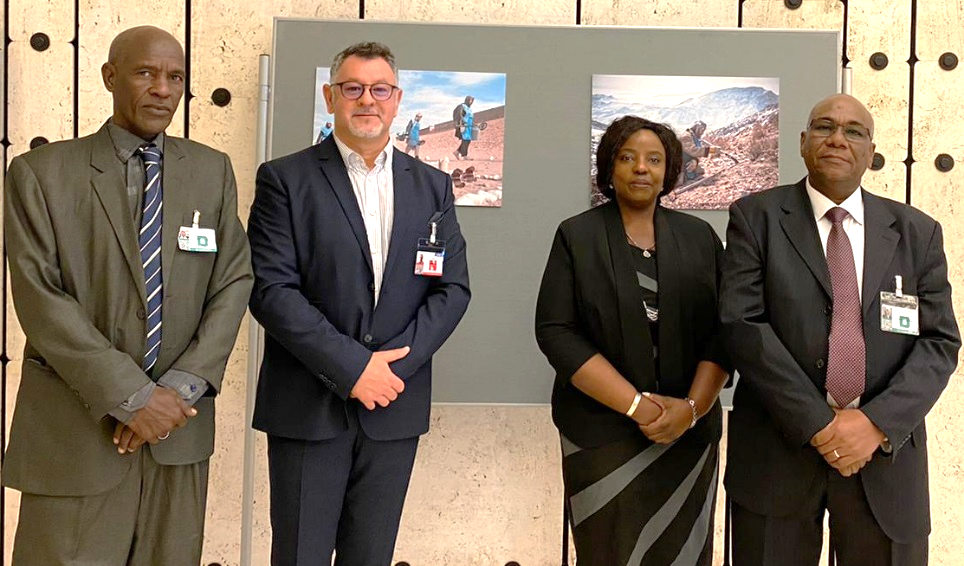 In the sidelines of the 23rd International Meeting of Mine Action National Directors and UN Advisers (NDM-UN 23), the Director of the Implementation Support Unit (ISU), Ms. Sheila N. Mweemba, met with Mr. Brahim Djibrine Brahim, Coordinator of the National High Commission for Demining (HCND), Mr. Moussa Ali Soultani, Director of Operations and Technical Logistics of the HCND and Mr. Olivier Shu, Senior Technical Advisor of the Swiss Foundation for Mine Action (FSD).

During the meeting, issues related to the implementation of the provisions of the CCM and progress made in this regard were discussed. Chad indicated that it would be able to fulfil its obligations under Article 4 (clearance) of the Convention well ahead of its deadline of 1 September 2023.

Chad signed the CCM on 3 December 2008, ratified on 26 March 2013 and the Convention entered into force for it on 1 September 2013. Chad is one of the 17 States Parties that has had obligations under Article 4 of the CCM. To date, 6 have declared compliance with these obligations.

As of February 2020, 11 States Parties have yet to fulfil their obligations under Article 4. It is expected that this number would be significantly reduced by the Second Review Conference (2RC) to be held in November 2020.