What is the Convention on Cluster Munitions?

The Convention on Cluster Munitions is a humanitarian imperative-driven legal instrument which prohibits all use, production, transfer and stockpiling of cluster munitions. In addition, it establishes a framework for cooperation and assistance to ensure adequate assistance to survivors and their communities, clearance of contaminated areas, risk reduction education and destruction of stockpiles.

Cluster munitions are unacceptable for two reasons. Firstly, they have wide area effects and are unable to distinguish between civilians and combatants. Secondly, the use of cluster munitions leave behind large numbers of dangerous unexploded ordnance. Such remnants kill and injure civilians, obstruct economic and social development, and have other severe consequences that persist for years and decades after use.

Full text versions of the Convention for download in English, French, Spanish, Russian, Chinese and Arabic.

How many States joined the Convention?

Adopted on 30 May 2008 in Dublin, Ireland and signed on 3-4 December 2008 in Oslo, Norway, the Convention on Cluster Munitions entered into force on 1 August 2010. To date 123 states have committed to the goals of the Convention, of which 110 have become States Parties and 13 are Signatories. 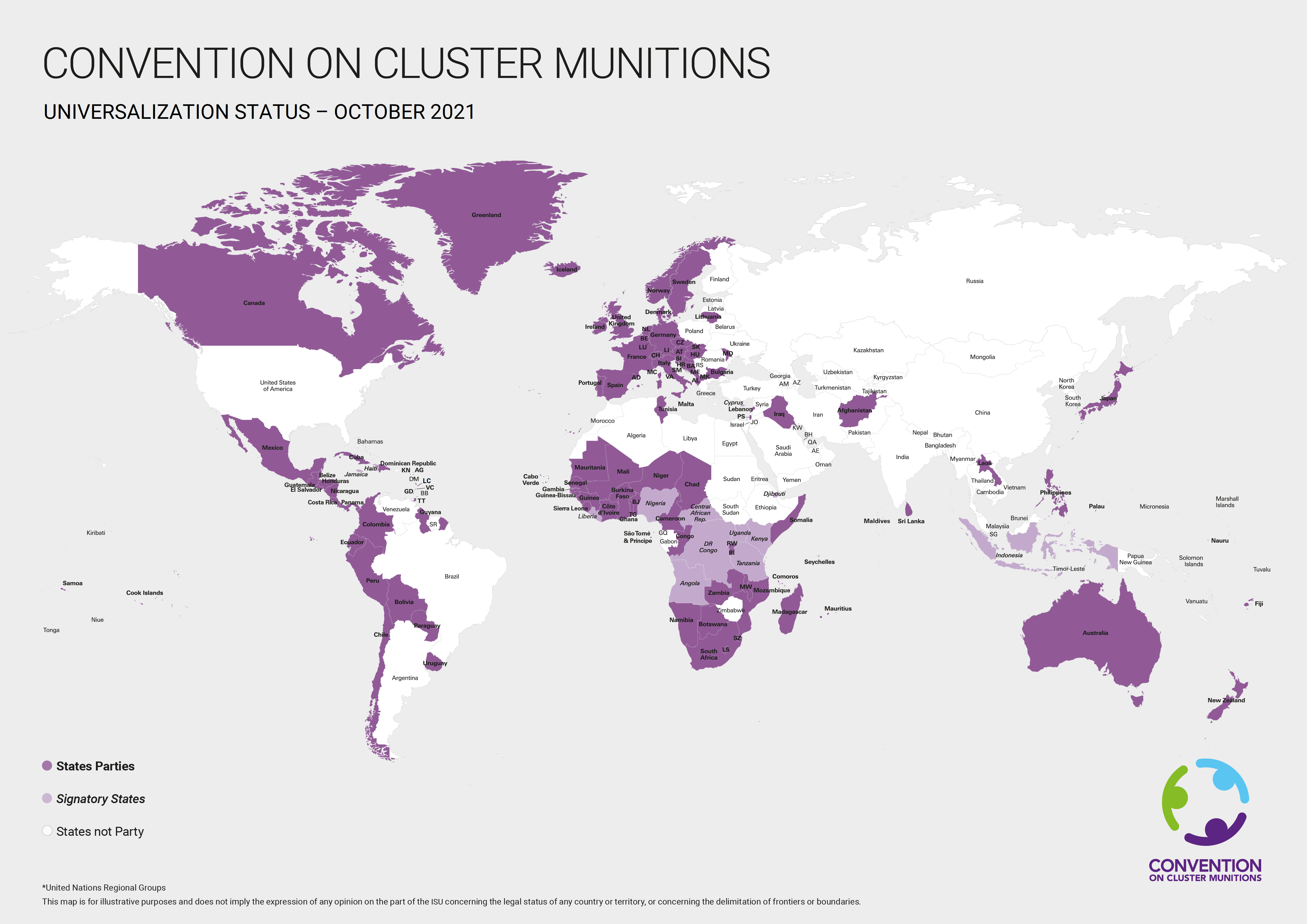 To guide States Parties effectively implement the provisions of the Convention on Cluster Munitions from the Second to the Third Review Conference, States Parties adopted a roadmap called the Lausanne Action Plan (LAP).

Reporting on progress and challenges