The Sixth Meeting of States Parties (6MSP) to the Convention on Cluster Munitions (CCM) took place from 5 to 7 September 2016 at the Palais des Nations in Geneva.

The 6MSP, presided by the Netherlands, marked the first formal meeting of the Convention after the adoption of the Dubrovnik Action Plan, a five-year action plan that provides a roadmap for States Parties to implement and universalize the Convention. 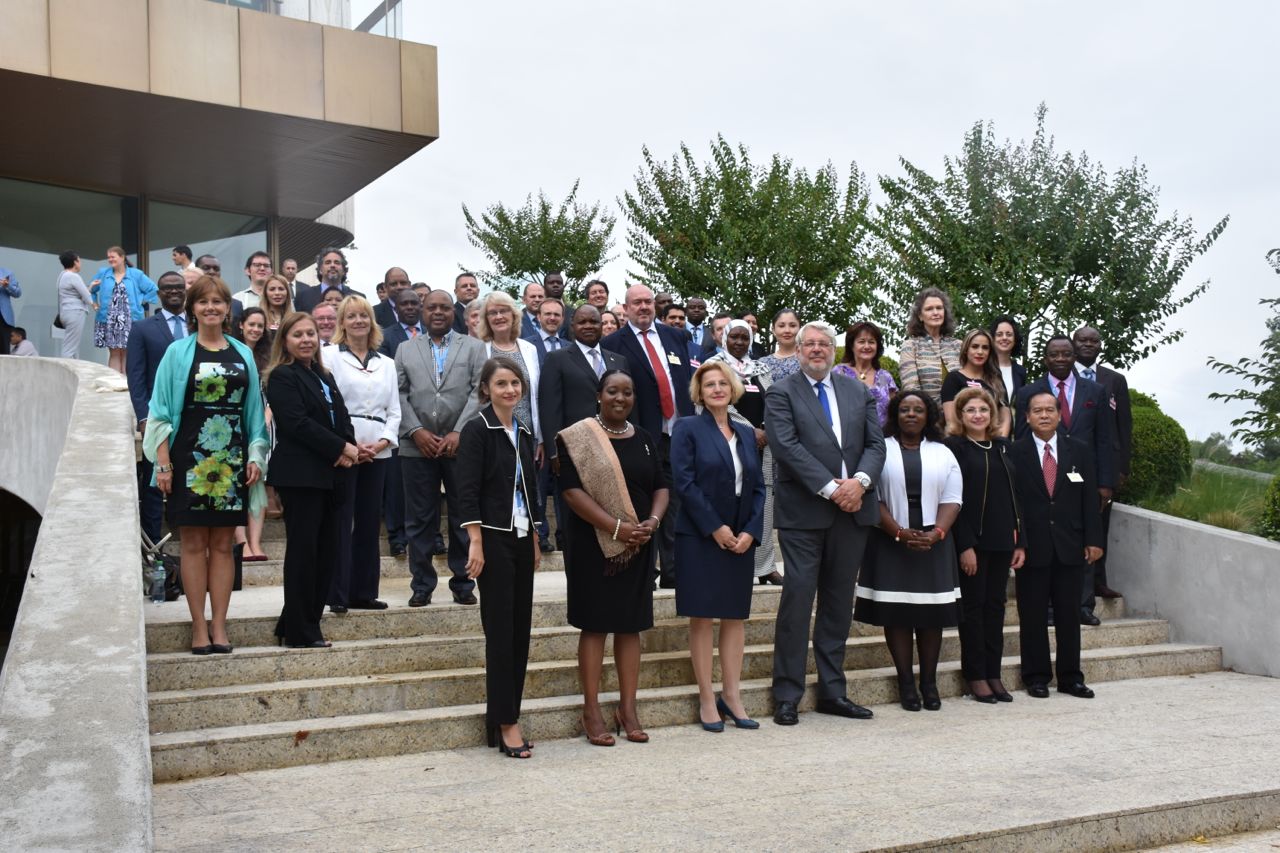 At the end of the 6MSP, States Parties adopted a political declaration. Through the political declaration, States Parties commit to fully implement all of their individual and collective outstanding obligations as quickly as possible and as conditions in affected states would allow in partnership with the United Nations, the International Committee of the Red Cross, the Cluster Munition Coalition and other non-governmental organizations, with an aim to implement all before 2030. 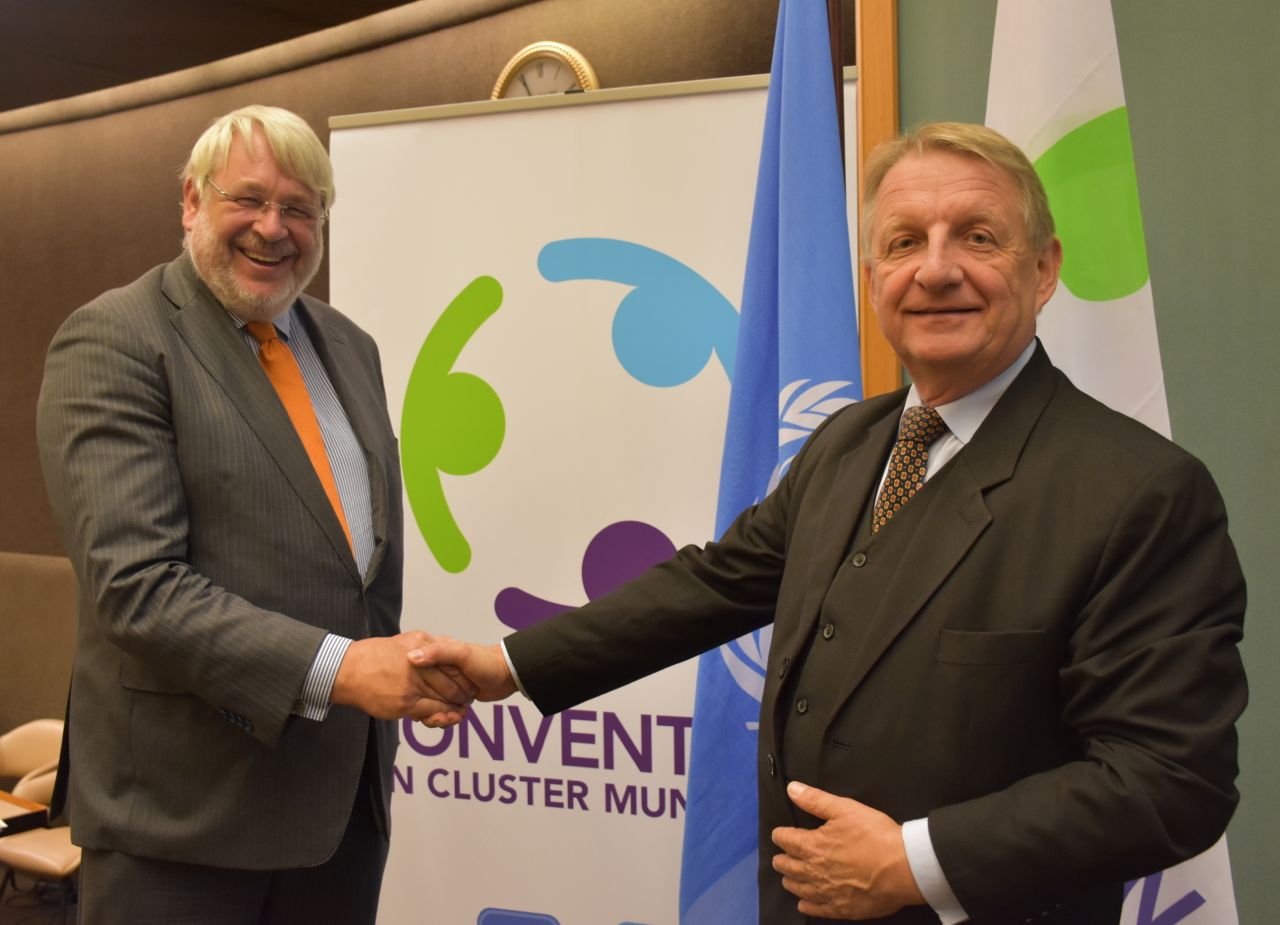 Final documents, including the List of Participants, the Geneva Progress Report and the Final Report can be found here.

Navigate directly to a certain topic by clicking on the following topics:

1. Opening of the Meeting

2. Adoption of the agenda

3. Confirmation of the rules of procedure

4. Confirmation of the Secretary-General of the Meeting

5. Election of the Vice-Presidents

6. Introduction by the President of the draft documents and key draft decisions

Statement by Cuba on the status of its adherence process.

States Not Party were invited to express their views/support for the Convention.

Session resumed on Tuesday 6 September where:

Back to the top
(b) Stockpile destruction and retention

Back to the top
TUESDAY 6 SEPTEMBER 2016

Back to the top
WEDNESDAY 7 SEPTEMBER 2016

Back to the top
9. Preparations for the Seventh Meeting of States Parties (7MSP)

The Meeting warmly welcomed the election of H.E. Ambassador Michael Biontino, Permanent Representative of the Federal Republic of Germany to the Conference on Disarmament in Geneva. 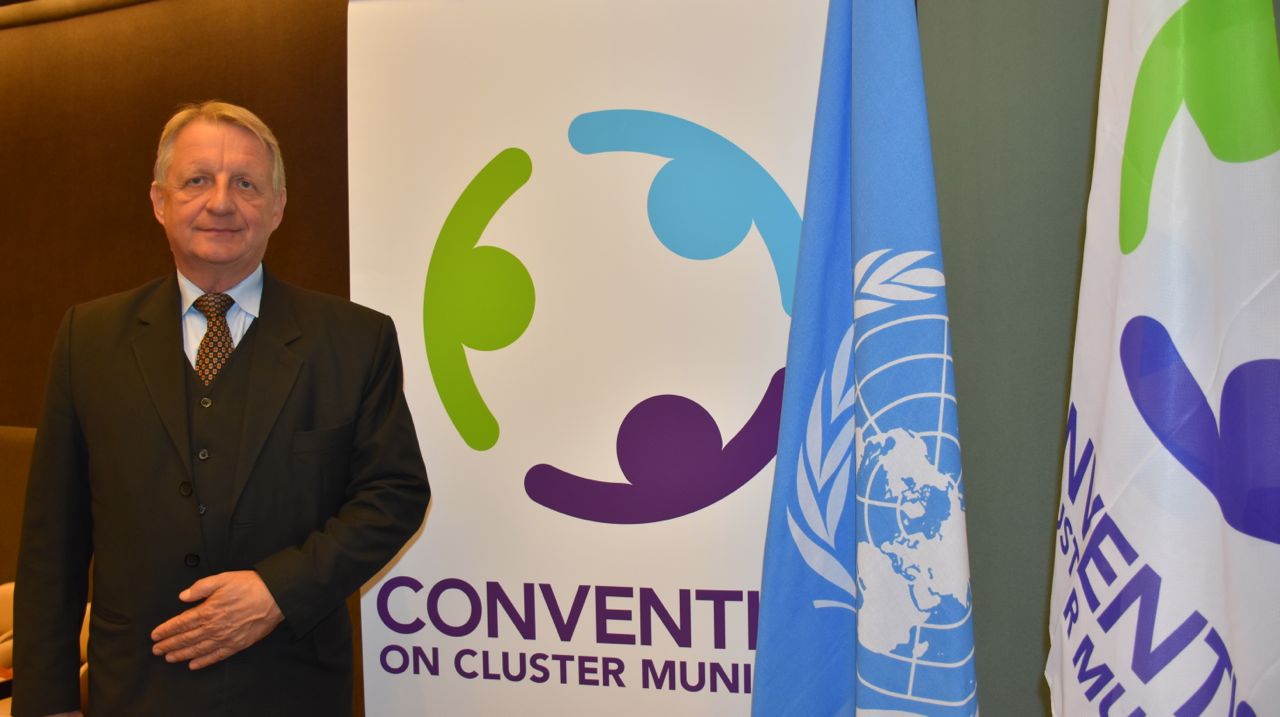 H.E. Ambassador Michael Biontino of Germany, President of the 7MSP

Back to the top
11. Adoption of the Final Documents of the Meeting