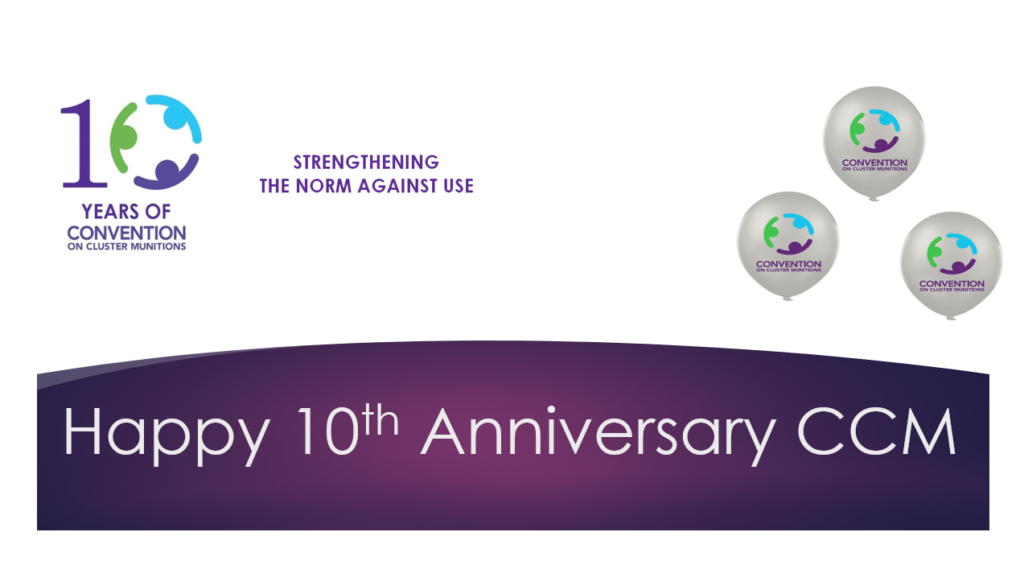 The following provides a summary of the achievements of the Convention to date under each action as outlined by both Action Plans.

The first deadlines for States Parties with stockpile destruction obligations were in 2018 and to date only 2 States Parties have requested for an extension of their initial deadlines under Article 3.

Click here for an overview of stockpile destruction completion and deadlines.

Over 500 square kilometres of cluster munition contaminated land has been cleared. The first deadlines of States Parties with clearance obligations are in 2020. 4 States Parties have requested for an extension of their deadlines under Article 4.

Click here for an overview of clearance completion and deadlines and for the current cluster munitions contamination map.

Victim assistance (Article 5)
Currently, 11 States Parties have obligations under Article 5, all of which have designated a national focal point to coordinate assistance to cluster munition victims.  During the past 10 years, there has been increased efforts in working across conventional weapons treaties (CCM, APMBC and CCW) in promoting an integrated approach to victim assistance. The Guidance on an Integrated Approach to Victim Assistance was published in 2016.

International cooperation and assistance (Article 6)
In 2017, the Country Coalitions concept was adopted by States Parties to the Convention as a means to enhance international cooperation. To date, 3 country coalitions (1 in Africa, 1 in the Middle East and 1 in Europe) have been established. Two of these partnerships resulted in the affected State Party complying with Convention obligations within the stipulated deadline.

Transparency measures (Article 7)
To date 99 out of 106 States Parties that should have submitted their initial reports have done so. Annual reporting rates have been steady at an average of 75% compliance over the last ten years.

Click here for the UNODA database of Article 7 reports.

National implementation measures (Article 9)
The number of States Parties that have reported to: