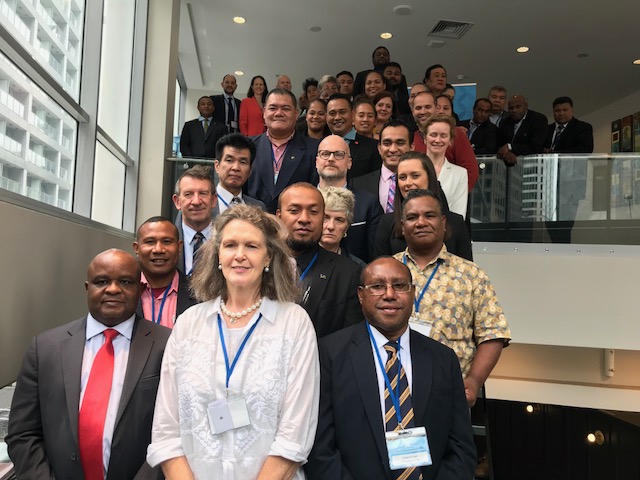 Pacific countries met in Auckland, New Zealand, on 12-14 February 2018 in order to take stock and advance implementation of three treaties dealing with conventional weapons: the Arms Trade Treaty (ATT), the Convention on Cluster Munitions (CCM) and the Convention on Anti-Personnel Mine Ban Convention (APMBC). 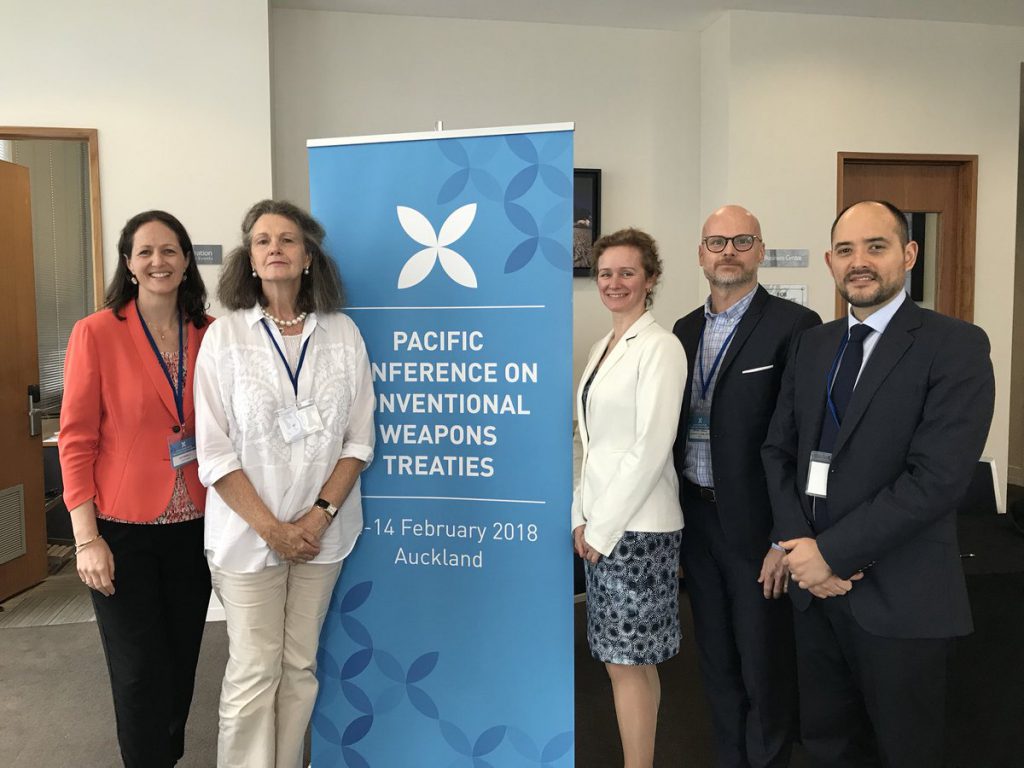 The conference was sponsored by the government of New Zealand and Australia, and supported by the three Geneva-based secretariats of the treaties. The meeting brought together 14 Pacific States (Australia, Cook Islands, Federated States of Micronesia, Fiji, Kiribati, Nauru, New Zealand, Papua New Guinea, Palau, Samoa, Solomon Islands, Tonga, Tuvalu and Vanuatu), and representatives from Germany, Japan, the Secretariat of the ATT, the CCM ISU, the APMBC ISU, and civil society organizations such as Control Arms, the Centre for Armed Violence Reduction, the ICRC, NZ Red Cross, and Saferworld. 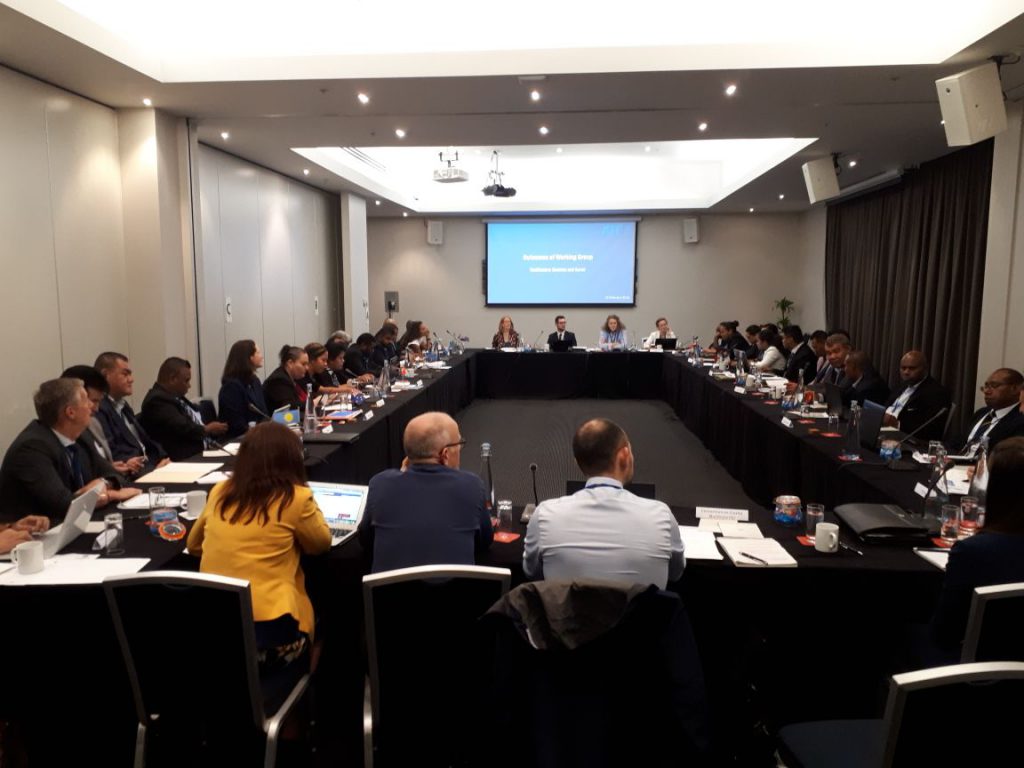 During the conference, States discussed their government priorities and challenges with regards to the ratification/accession and/or the implementation of conventional weapons treaties.

The ‘Auckland Declaration on Conventional Weapons Treaties’ was adopted by the Pacific countries that attended the Conference. The Declaration states that:

[…] the region accepts the clear moral and humanitarian rationale for joining the CCM and the Convention’s resonance with the region is reflected in Pacific states voting in favour of each of the UN General Assembly resolutions promoting adherence to it. Pacific states are also aware of the long-term harm caused by the previous use of cluster munitions in some neighbouring Asian states and accept that Pacific membership of the Convention sends an important message of solidarity with the broader region. […] Some states not yet party to the Convention undertook to positively consider membership of it.

Participants agreed to share the outcomes of the Pacific Conference on Conventional Weapons Treaties with relevant stakeholders and to pursue strategies towards adherence.