(Geneva, 5 September 2016) – Over 300 participants from more than 100 States, international and non-governmental organizations have initiated three days of work to take stock of the implementation of the Convention on Cluster Munitions’ steering action plan. 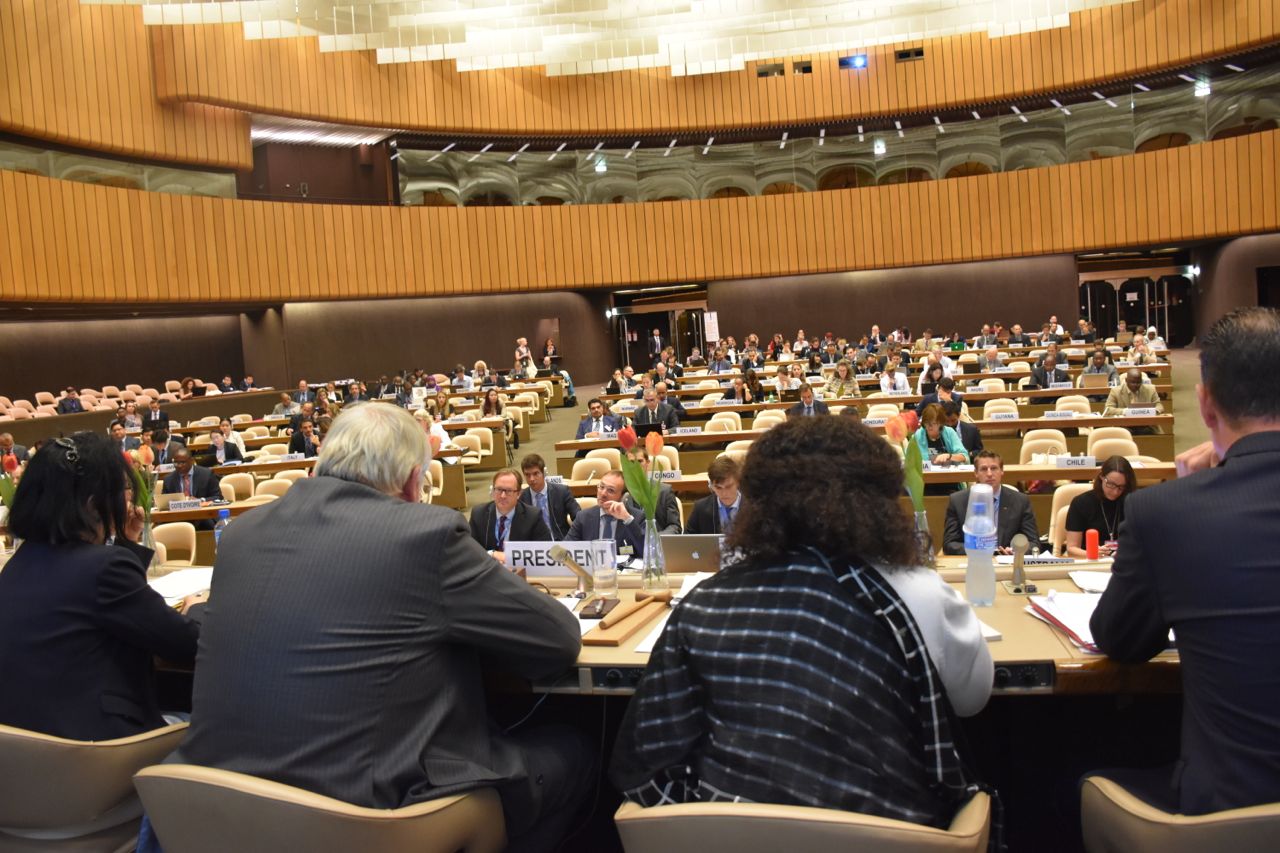 “During these three days [5-7 September] we will pay great attention to the updates that will be presented by the States Parties as they review progress achieved over the past year and discuss challenges encountered in implementing the Convention,” said H.E. Henk Cor van der Kwast, Ambassador to the Conference on Disarmament of the Netherlands and President of the Convention. 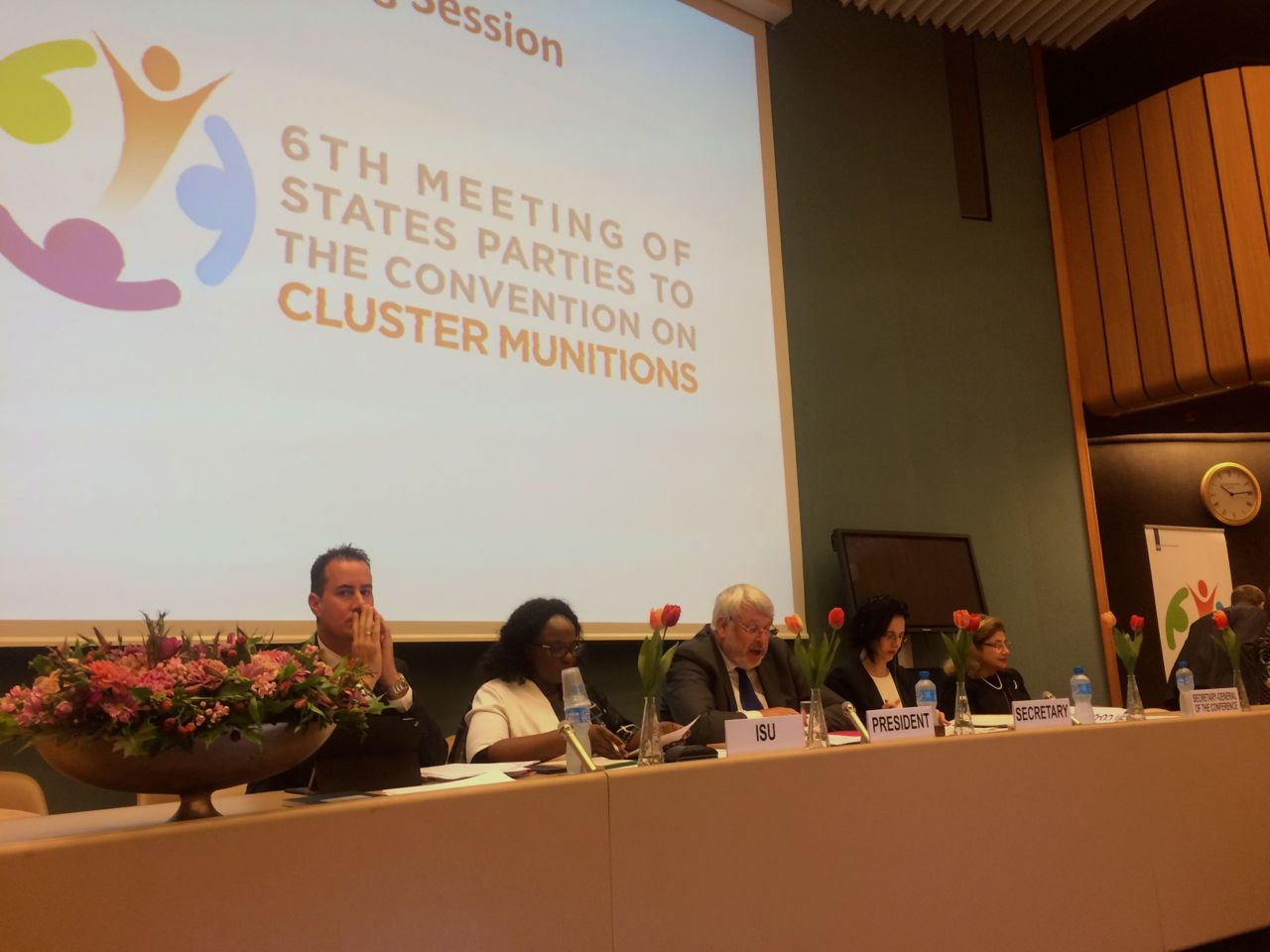 “It is our hope that within the next couple of days the States Parties can adopt or come closer to adopting a target date for completion of cluster munitions clearance and stockpile destruction.”

“The Convention on Cluster Munitions is young but has achieved a great deal in this short period of time. Stigmatization of this weapon is growing; more and more States outside the Convention recognize its inhumane nature. Nevertheless, much more needs to be done for a universal adoption of the Convention,” said Ambassador van der Kwast. 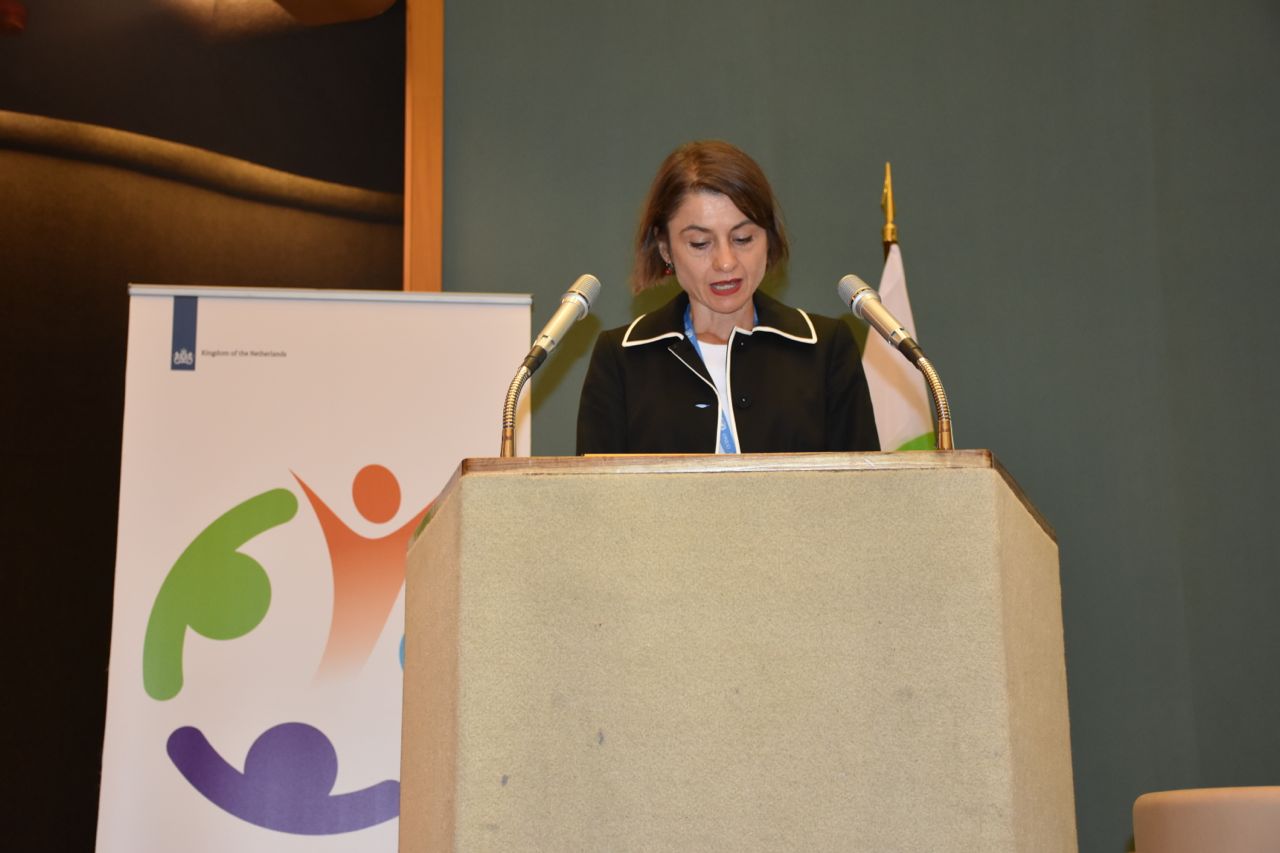 The Sixth Meeting of the States Parties which is held at the UN in Geneva for the first time, was formally opened in the morning of 5 September by Switzerland as host country, represented by Sabrina Dallafior, Swiss Ambassador for Disarmament. 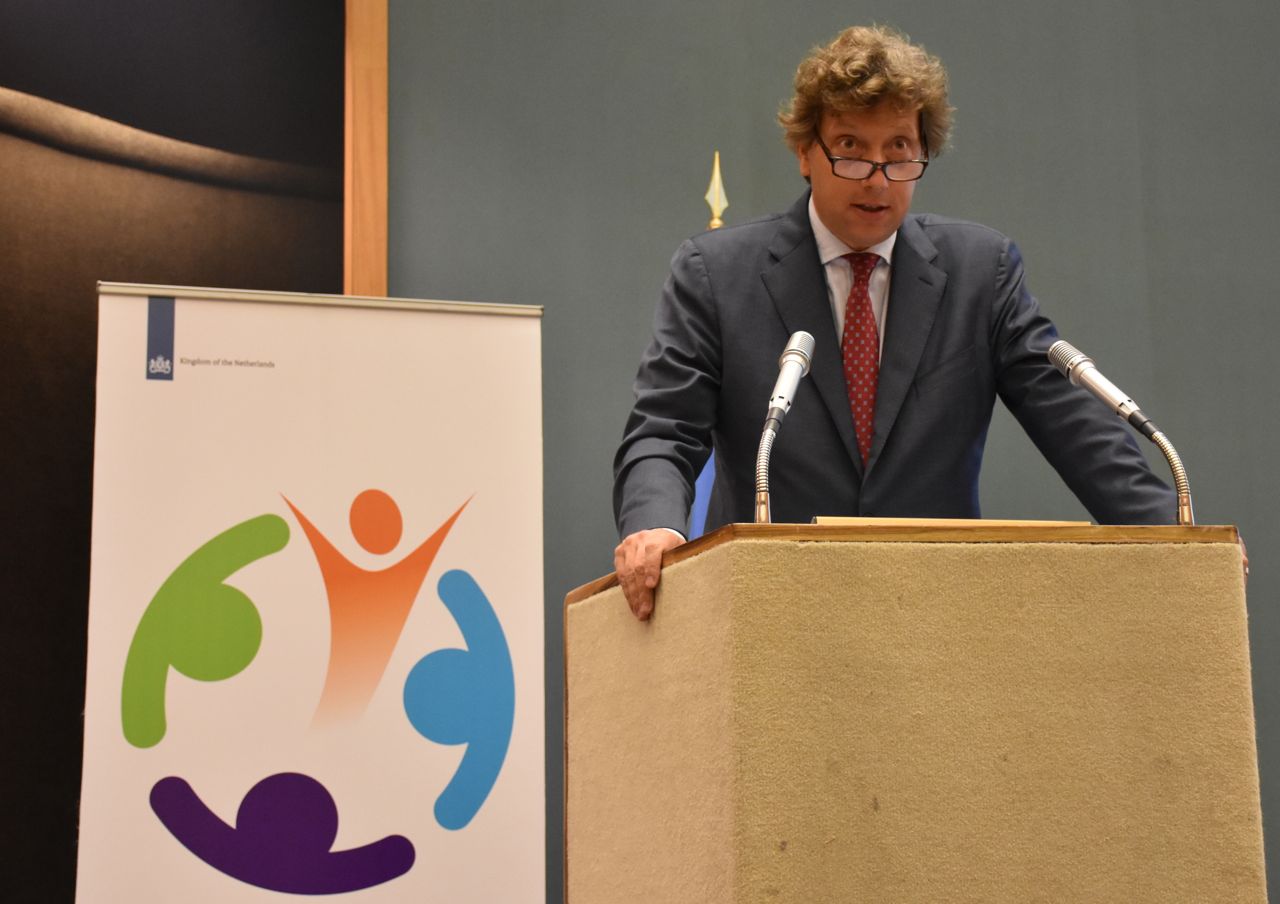 Christine Beerli Vice-President of the ICRC called on greater national implementation measures to ensure the full application of the Convention. 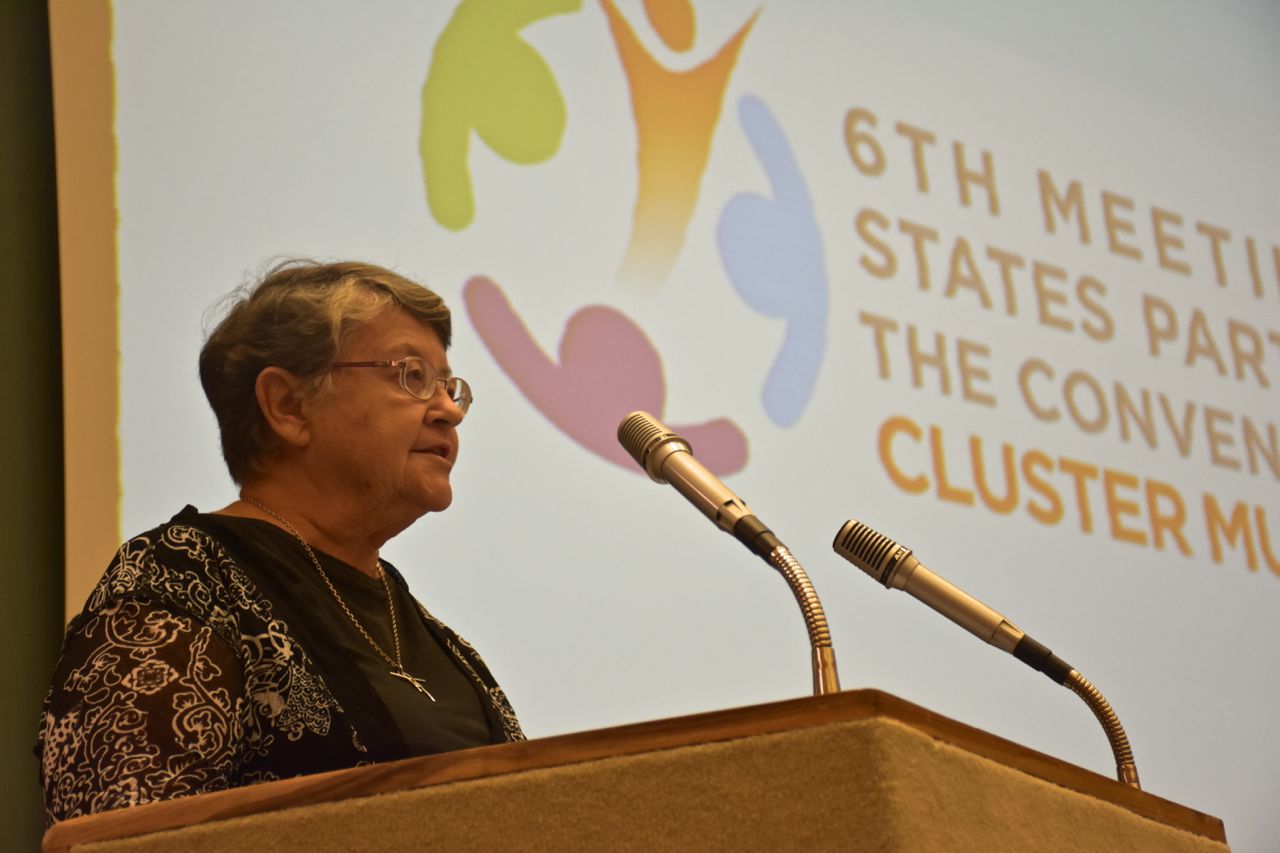 Sister Denise Coghlan, Director of the Cambodia Jesuit Refugee Service and founding member of the Cluster Munitions Coalition, which was instrumental in bringing about the 2008 Convention, called on States not party to join

The meeting concludes on Wednesday 7 September.

The Netherlands has been at the forefront of the international ambition to eliminate cluster munitions and other explosive remnants of war. Netherlands is aiming to improve human security and invest in stability, reconstruction and development through its Mine Action and Cluster Munitions Programme for which has allocated €45 million from 2016-2020.

Adopted on 30 May 2008 in Dublin, Ireland and signed on 3-4 December 2008 in Oslo, Norway, the Convention on Cluster Munitions entered into force on 1 August 2010. 119 states have joined the Convention, including 19 Signatories. The Convention prohibits all use, production, transfer and stockpiling of cluster munitions, and establishes a framework to ensure adequate care and rehabilitation of victims of these weapons.