(Geneva, 7 September 2016) – The Convention on Cluster Munitions Sixth Meeting of States Parties (6MSP) has concluded three days of sessions aimed at taking stock of progress and adherence to the Dubrovnik Action Plan which guides the treaty’s implementation efforts until 2020. 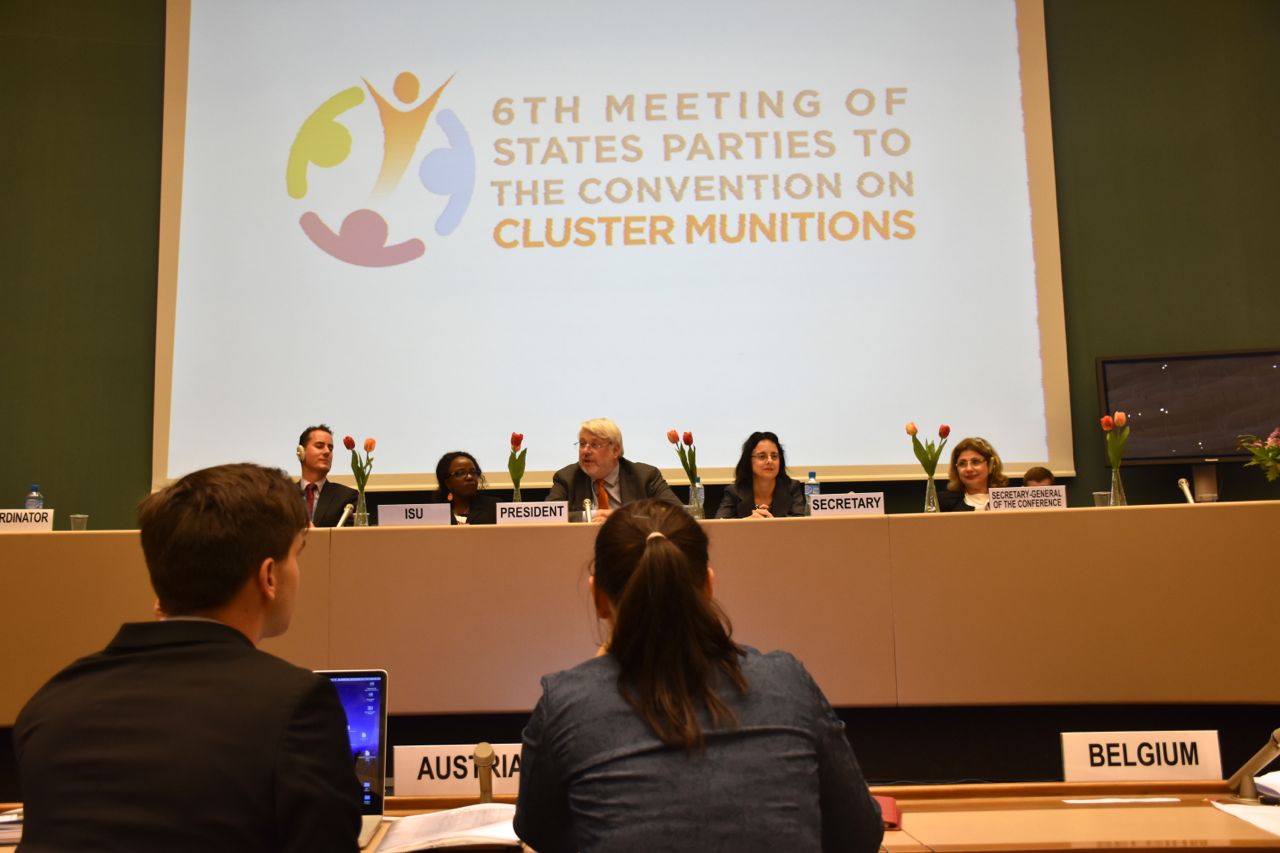 “The Netherlands is pleased with the progress achieved in matters of stockpile destruction, clearance, victim assistance and by the growing number of our membership; all these accomplishments take us one step closer towards our common goal,” said H.E. Henk Cor van der Kwast, Ambassador of the Netherlands to the Conference on Disarmament and President of the Convention.

“It is heartening to know that affected countries have started to release previously contaminated land and that there are increased efforts to assist the victims. Although there is still much work to do, I am very pleased that we have agreed on 2030 as a target date for completion.” The Convention President reiterated the need to end the use of cluster munitions in conflicts. “No State should use these indiscriminate weapons. We call upon States not party using this banned weapon, to cease further use and abide by the provisions set by this Convention.”

The Netherlands has been at the forefront of the international ambition to eliminate explosive remnants of war allocating €45 million from 2016-2020 through its Mine Action and Cluster Munitions Programme.

Universal adoption of the Convention

Adopted on 30 May 2008 in Dublin, Ireland and signed on 3-4 December 2008 in Oslo, Norway, the Convention on Cluster Munitions entered into force on 1 August 2010. 119 states have joined the Convention, including 19 Signatories. The Convention prohibits all use, production, transfer and stockpiling of cluster munitions, and establishes a framework to ensure adequate care and rehabilitation of victims of these weapons.