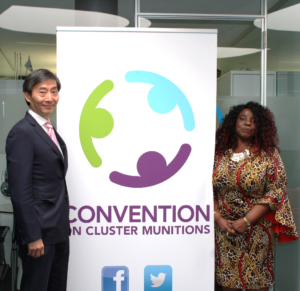 On 9 July 2020, H.E. Ichiro Ogasawara, Permanent Representative of Japan to the Conference on Disarmament, paid a courtesy call on the ISU Director, Ms. Sheila N. Mweemba, to present a letter notifying of Japan’s financial contribution towards the 2020 ISU annual budget.  During the visit, Ambassador Ogasawara reiterated Japan’s unwavering support in advancing the norms of the Convention. He was accompanied by Colonel Jun Yamada, First Secretary and Defense Attaché of the Delegation of Japan to the Conference on Disarmament. Japan was among the earliest States to sign and ratify the CCM and destroyed all its cluster munition stockpiles ahead of its initial treaty deadline. Japan has also enacted legislation to enforce the CCM domestically and has previously served as Coordinator on Universalization on the CCM Coordination Committee. 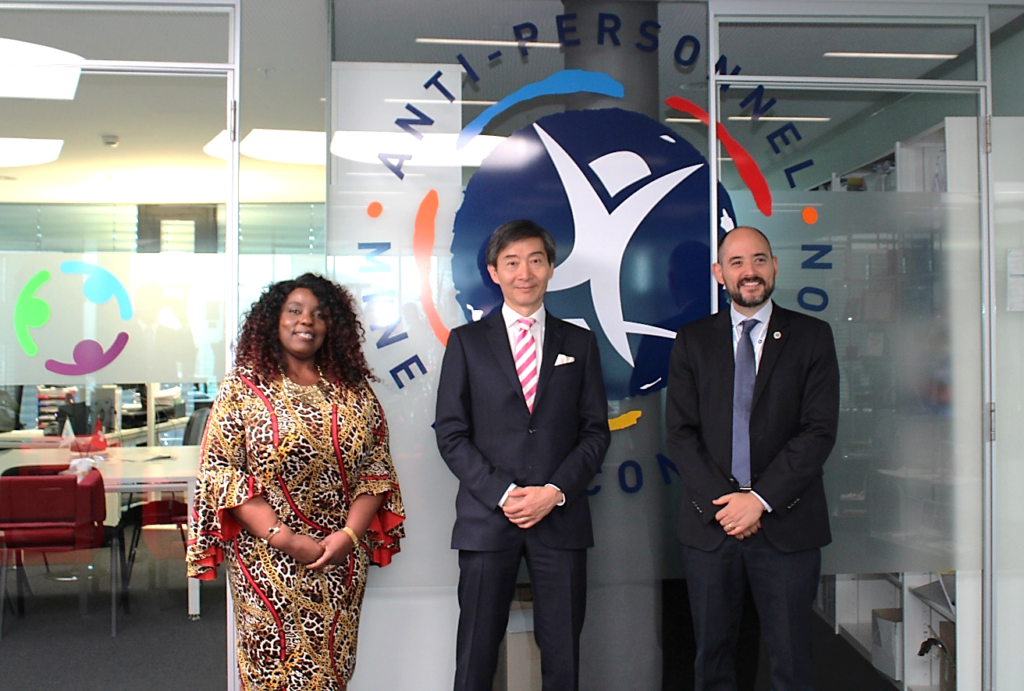 After the meeting, the Ambassador took the opportunity to have a photo taken with the CCM ISU Director and the ISU Director of the Anti-Personnel Mine Ban Convention, Mr. Juan Carlos Ruan.