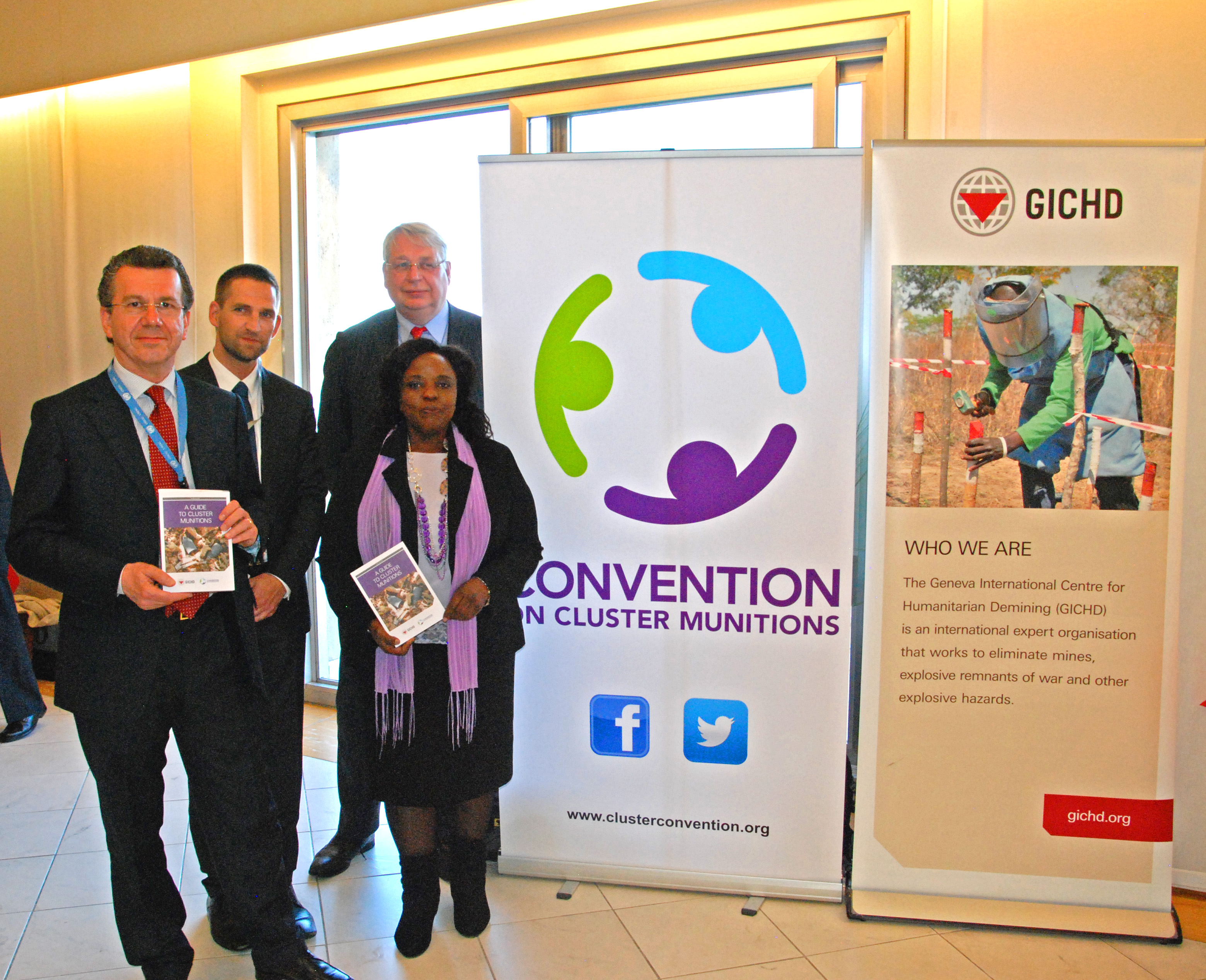 The publication was launched during an event hosted by CCM President, Ambassador Henk Cor van der Kwast of the Netherlands, Ambassador Vinicio Mati of Italy and Ambassador Stefano Toscano of the GICHD, at the Palais des Nations on 17 May.

It contains a substantial amount of new and updated materials such as recent key developments in the field of survey that have improved measurement of contamination and efficiency of subsequent clearance, gender and diversity, good practices in risk reduction education and integrated victim assistance approach.

The guide has been tailored for new States Parties, or States considering accession to the Convention, who may be seeking further information, including specific responsibilities of State Parties.

For those requiring more in depth information or technical data, this edition also provides additional resources such as web links and a detailed bibliography.

This publication was made possible by the generous financial contribution of the Government of Italy.